The Equal Fractions Concept is a must-know in PSLE Math. It’s important for your child to know how and when to apply equal fractions.

In this tutorial, the key concept is a common numerator. So, using equal fractions allows students to convert numerators of different fractions into the same number.

We apply the Common Numerator method when there are two or more sets of equal fractions. A simple example would be “1/3 of the apples is equal to 2⁄3 of the oranges,” which denotes equal fractions.

In this tutorial, we’re showing you a few challenging questions from 2021 Prelim papers and ways to apply the equal fractions concept.

But before you read on, you might want to download this entire revision notes in PDF format to print it out for your child, or to read it later.

This will be delivered to your email inbox.

This question is taken from a Nanyang Primary School Prelim Paper 2 and is worth 3 marks.

To help your child visualise the question, you can draw a model first.

The 2 units of chicken pies sold is the same as the 3 units of blueberry pies sold. So, the primary focus in the bar model is only the part of the fractions indicating units sold because those units are equal fractions.

In these types of questions, we typically find the lowest common multiple. Then, we split the models such that there is the same number of units.

It is very easy to split the bars above into 6 units each. However, some fractions might be much bigger, and the splitting would be time-consuming.

Students could miscalculate or draw the wrong number of parts in the model and get the question wrong. The splitting process is also very time-consuming, even with fewer units. We can speed up this process by using the common numerator method instead.

First, write the two sets of equal fractions. In this example, a common numerator means 2 units of CP is the same as 3 units of BP. Therefore, we need to convert the numerators to the same value.

Now that the numerators are the same, we can compare these two equal fractions on the same scale. That means there were 9 units of chicken pies and 10 units of blueberry pies at first. Therefore, there were 19 units (19u) of pies in total.

The question asked for the number of blueberry pies left. 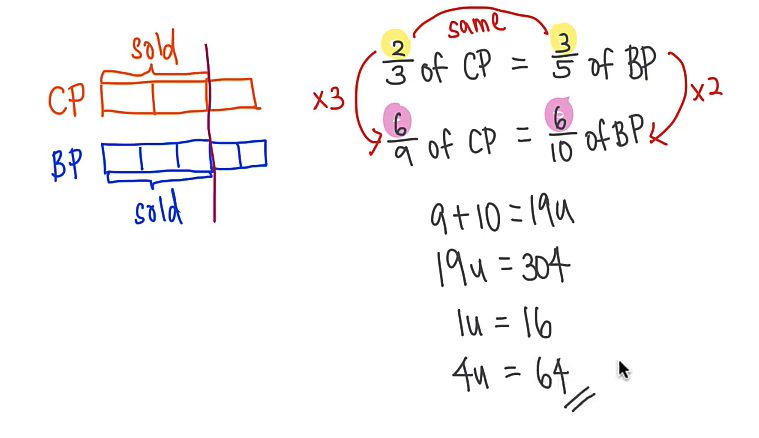 This question was taken from the Catholic High School Prelim Paper 2 and is worth 3 marks.

To easily apply the common numerator method, you’ll need to convert the percentages into fraction form. The simplest form of 75% is 3⁄4  and that of 80% is 4⁄5 .

3 units (3u) of the chicken wings and 4 units (4u) of the nuggets are equal fractions. However, this is not reflected in the number of units. To make these 2 numbers the same, you must find the common numerator.

Make sure you multiply both the numerator and the denominator because the goal is not to change the value or proportion of the fraction.

Now that the numerator is the same, you can compare these two fractions on the same scale. This means 1 unit of chicken wings is now the same as 1 unit of nuggets. 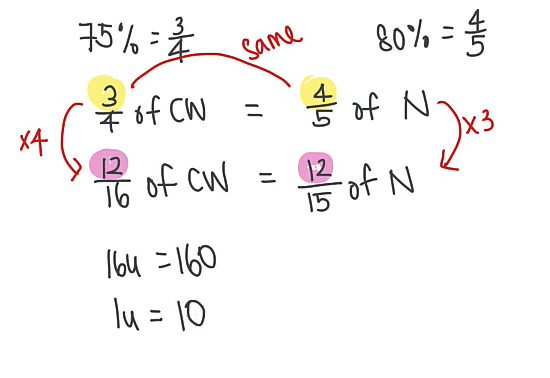 The question asked for the number of nuggets Mrs. Lim prepared for the party. 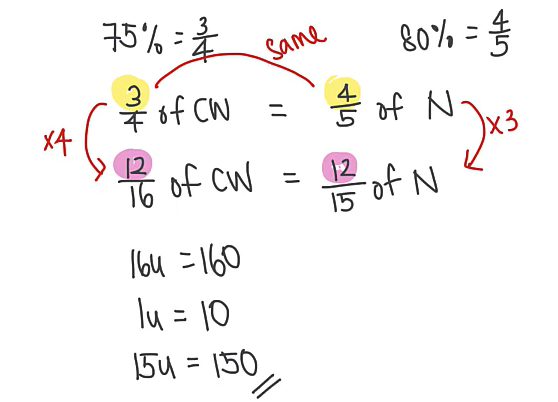 The equal fractions concept is much faster than drawing a model, splitting every unit into equal parts, and then counting them one-by-one to find the total units of each item.

I hope this tutorial was helpful and easy to follow. If you have any questions or suggestions, please leave them in the comments. You can also watch the full video tutorial here:

Before you go, you might want to download this entire revision notes in PDF format to print it out for your child, or to read it later.

This will be delivered to your email inbox.

To Your Child’s Success, 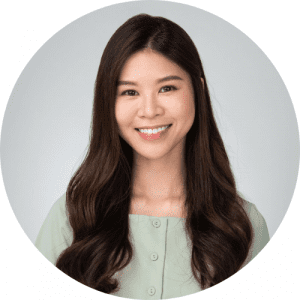 Does your child need help in his or her studies? 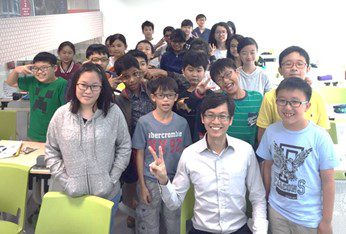 At Grade Solution Learning Centre, we are a team of dedicated educators whose mission is to guide your child to academic success.  Here are the services we provide:

We provide all these services above at a very affordable monthly fee to allow as many students as possible to access such learning opportunities.

We specialise in English, Math, and Science subjects.

You can see our fees and schedules here >> https://gradesolution.com.sg/schedule/ 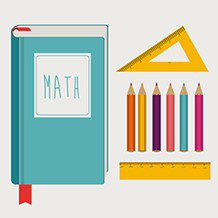 If you are looking for something that fits your budget, or prefer your child learn at his or her own pace, you can join our pre-recorded online Math courses.

– Get unlimited support and homework help

You can see the available courses here >> https://jimmymaths.com/our-courses/

YOU HAVE THE FOLLOWING POINTS